Dr Szilvia Szilágyi and colleague Dr Attila Körei spent the last two weeks of October 2022 at Šiauliai State University of Applied Sciences. Guests are associate professors at the Institute of Mathematics at the University of Miskolc (Hungary). Dr Szilvia Szilágyi gave a two-week lecture course "Representing Parametric Curves by Physical and Virtual Tools" for the students of the Sofware Engineering study program.

"We've been involved in Educational Robotics for years, so this autumn we brought five LEGO Spike Prime robots to the City of the Sun" – told Dr Szilágyi. Working with programmable robot constructs enhances collaboration and communication among students developing their creativity, problem-solving skills, and mathematical and computational thinking. Educational Robotics is a specific interdisciplinary field that improves the learning experience and develops student skills and competencies through robotic-based activities. Learning through hands-on activities with robots is becoming increasingly available worldwide. Launched by LEGO Education in 2020, SPIKE Prime is a set of projects that focus on STEAM learning principles. The kit allows users to build various models that can be programmed in Scratch-based languages and Python.

The robots first took centre stage in a demonstration lesson where teachers tried to get future students interested in coding. During the lecturers' visit, enthusiastic secondary school students were invited to solve the set tasks, the event ended with a robot competition in a good atmosphere.

“I was delighted to have the opportunity to lecture on Parametric curves at the Šiauliai State University of Applied Sciences. When designing the lessons, I aimed to get students to learn the basics of plane curves through projects that would interest them. To practise the equations of circles, ellipses and other hypotrochoids, I looked for examples and exercises from the familiar world of everyday life. A hypotrochoid family is a special group of curves including some attractive curves for example cuspids and rosettes. For the virtual realisation of the curves, we used Desmos, which is an advanced dynamic geometry software implemented as a web application and a mobile application written in JavaScript” - stated Dr Szilágyi.

In addition to graphing functions, Desmos also features lists, plots, regressions, interactive variables, graph restriction, simultaneous graphing, parametric curves plotting, polar function graphing, and two types of graphing grids – among other computational features commonly found in a programmable calculator. Learning to use Desmos was part of the course, and students demonstrated their proficiency in the application with final projects at the end of the two-week course. Great final projects were produced, which proved the effectiveness of the lessons.

After the virtual representation of parametric curves, students built drawing robots from LEGO Spike Prime kits. The parametric equations for the drawn special curves were given and checked with Desmos. Dr Szilvia Szilágyi and colleague Dr Attila Körei think that LEGO Spike Prime robots not only can be used to develop programming skills but in some cases, the learning process can be made much easier with the help of robots.

“These two weeks were a great experience for me to work with robots in a new environment with my colleague. We received genuine interest, attention and appreciation from the students, which is always a good feeling for a teacher. I hope we can return to Šiauliai soon.” – Dr Szilágyi.

Dr Szilvia Szilágyi's two weeks of teaching were supported by the fellowship “Support for Foreign Lecturers in the Field of Engineering and Informatics Studies at Šiauliai City Higher Education Institutions” organised by the Šiauliai City Municipality. Dr Attila Körei's visit was financed by the Erasmus+ programme. 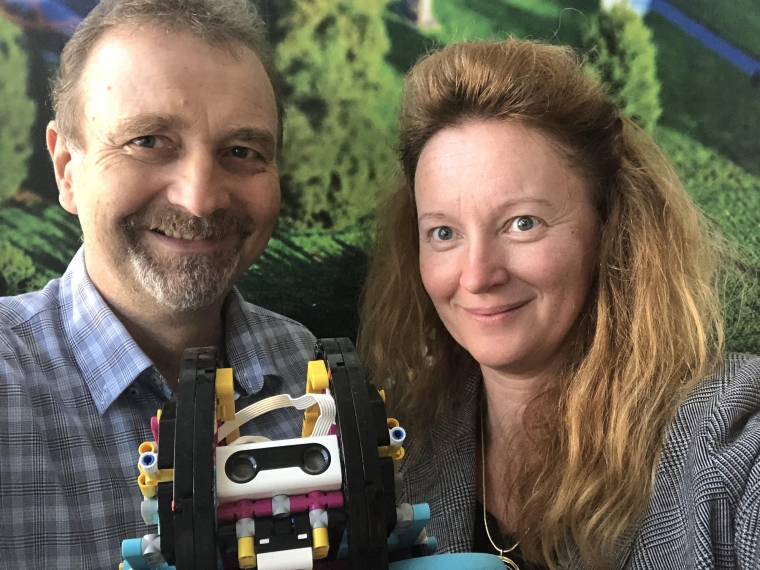 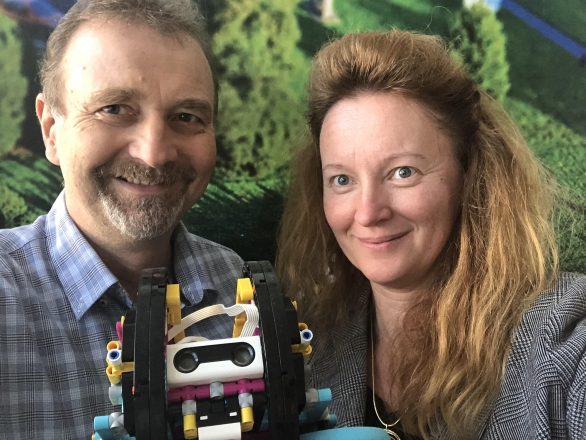 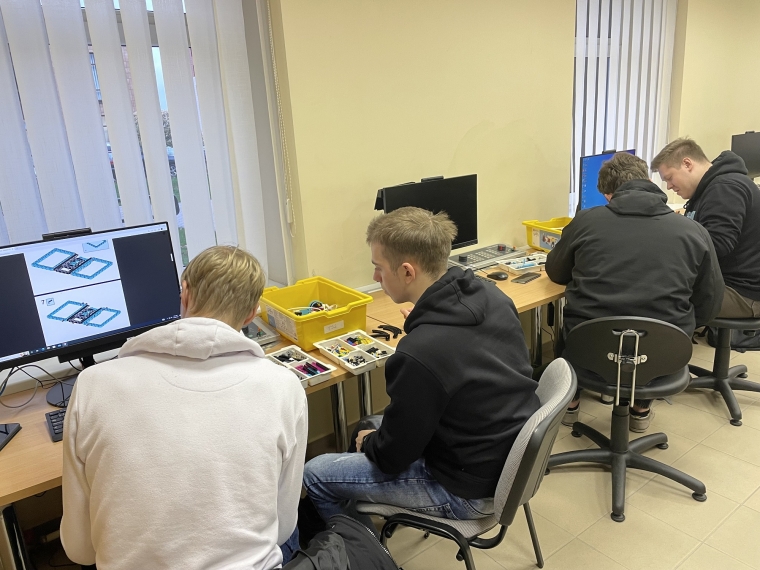 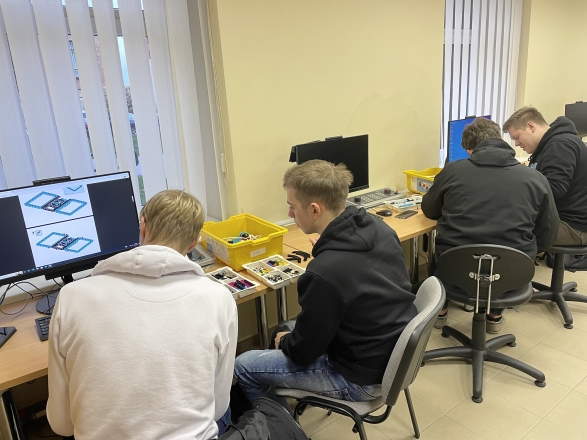 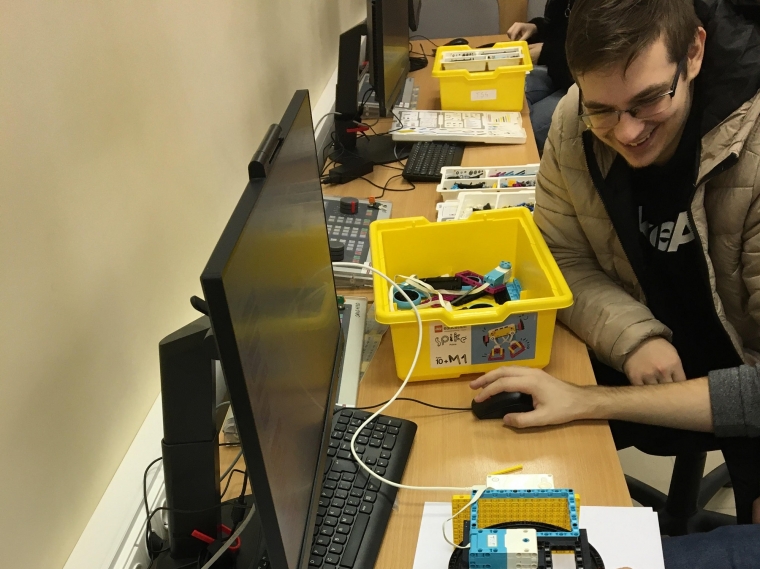 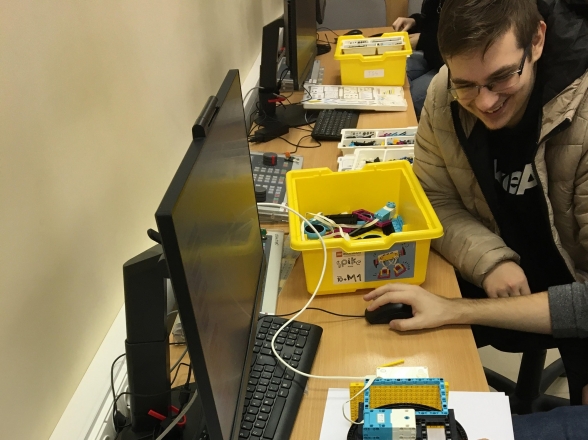 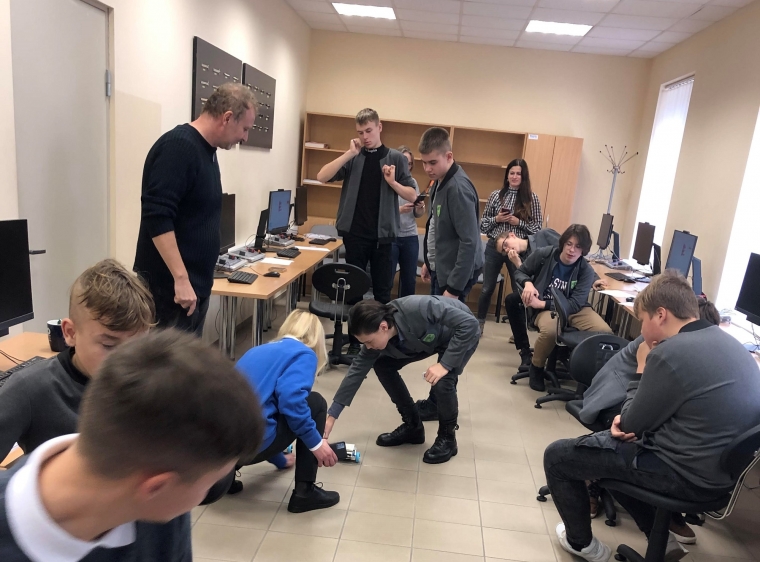 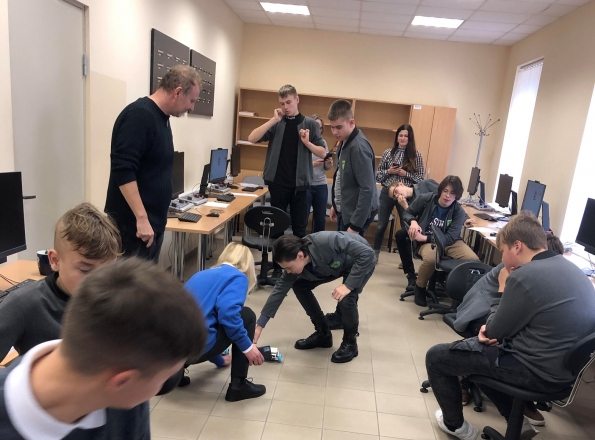